Roger Wagoner came to the Black Hills from Indiana, where he had a successful horse breeding business.The plan was to flollow that career here in South Dakota, but instead he took a job in the black hills gold industry as a sculptor-designer. He learned about jewelry manufacturing and in his spare time he started to carve alabaster. About this time, he met his future wife Ildiko and together they established Roger Wagoner Designs in 1998.
Inspired by the Black Hills they started to work on their own line of jewelry. The pieces are like “little pieces of nature” and can be cassified as wearable art. More and more they are enhanced with their own black hills gold leaves too.
Elk-Ivory jewelry with black hills gold is an important part of Roger’s idea of reclecting on the western life-style. Custome designed rings and other items by Roger are being worn by people nationwide and around the world. 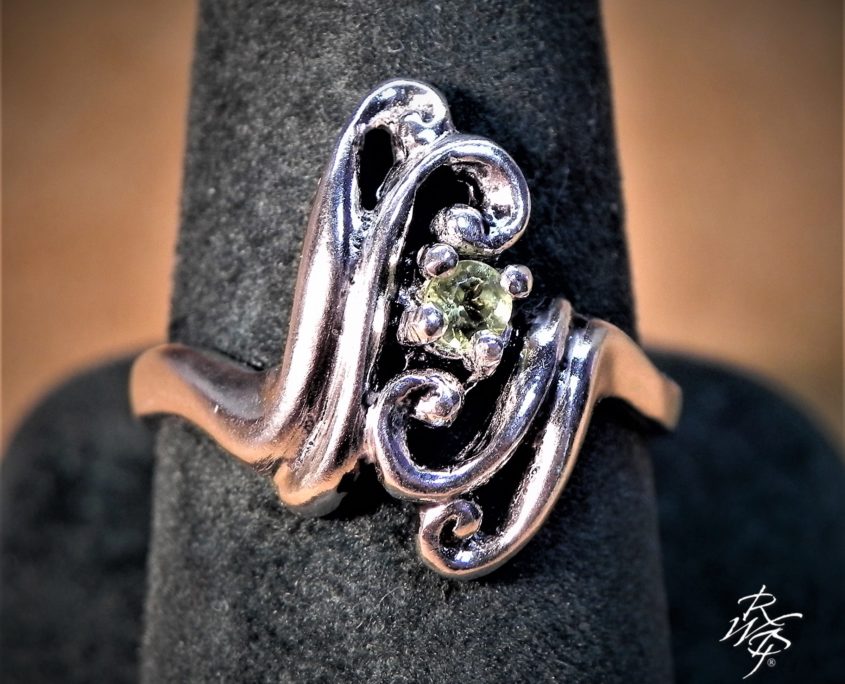 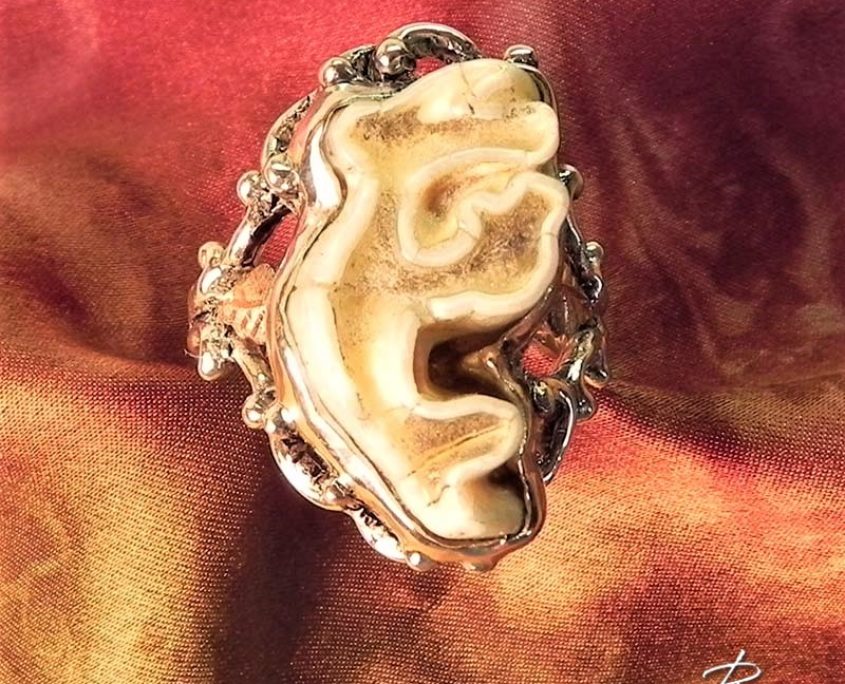 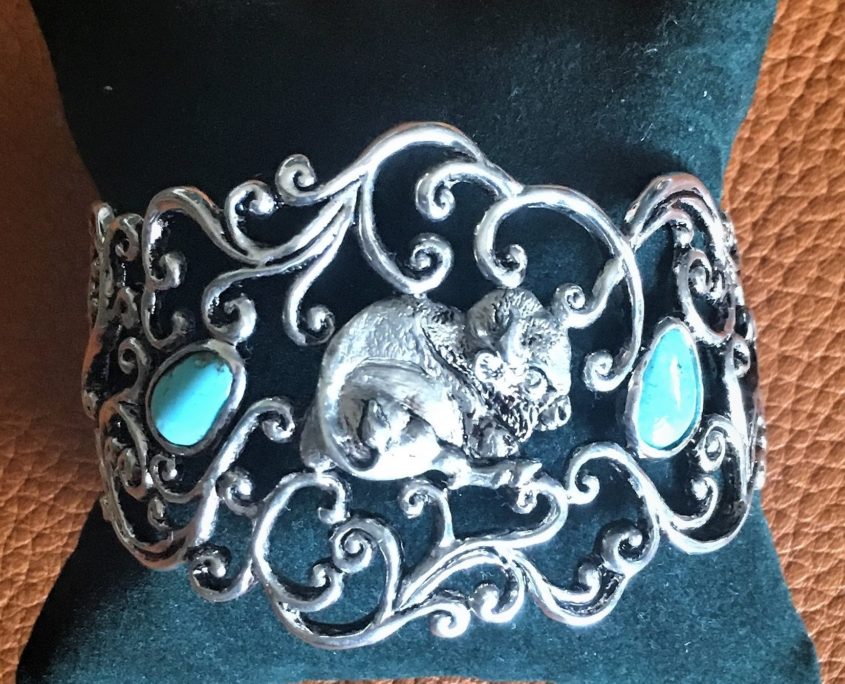 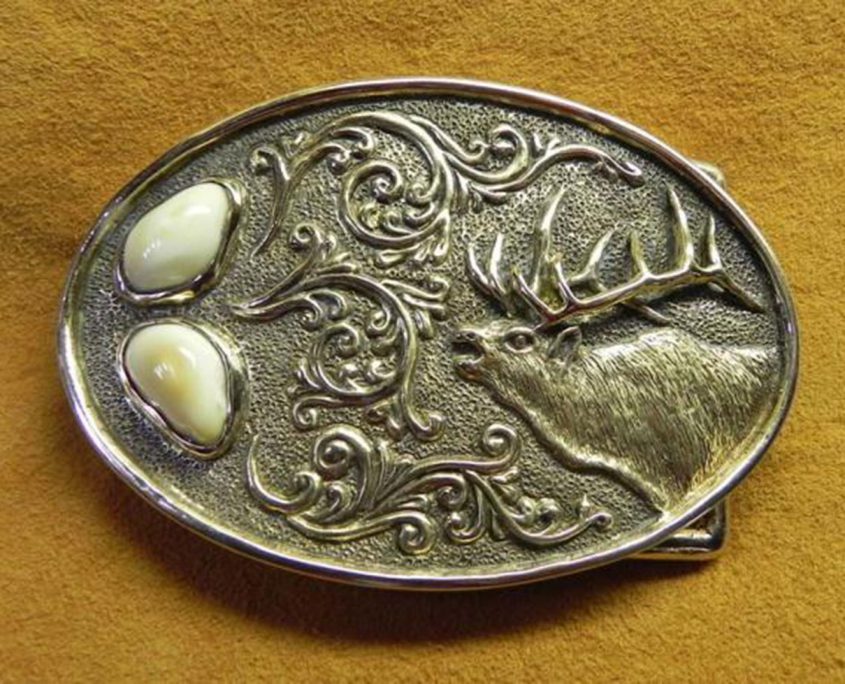 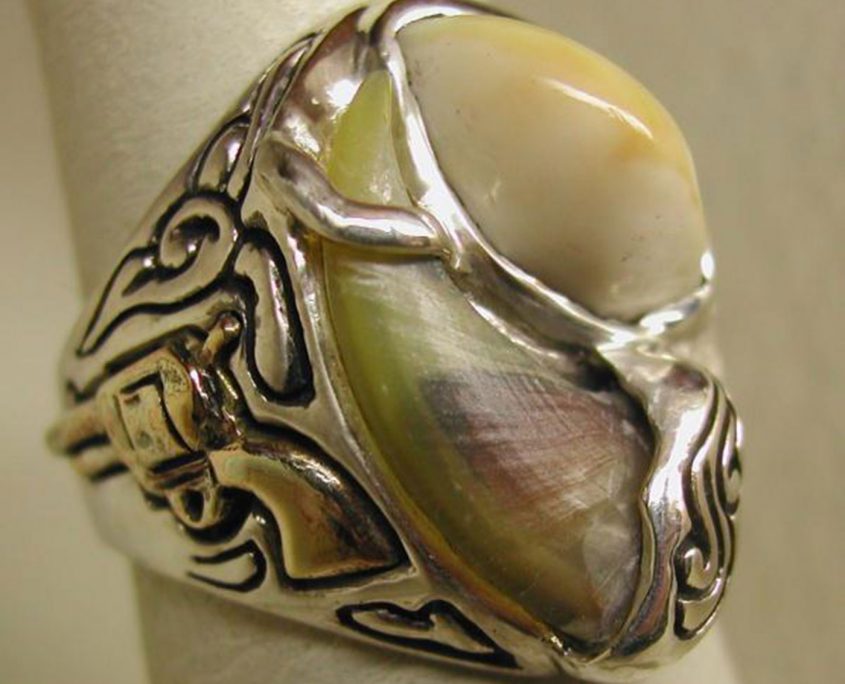 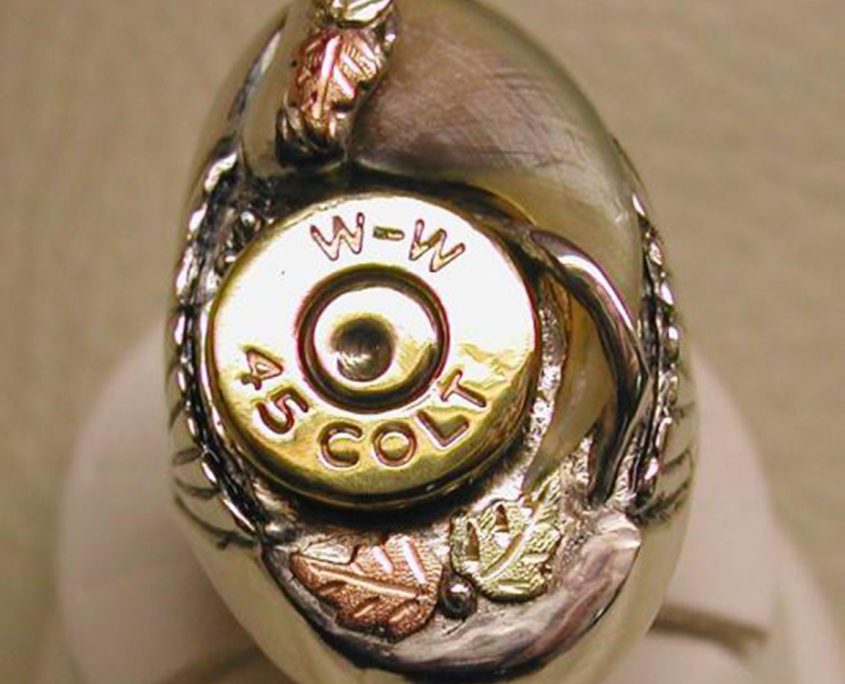 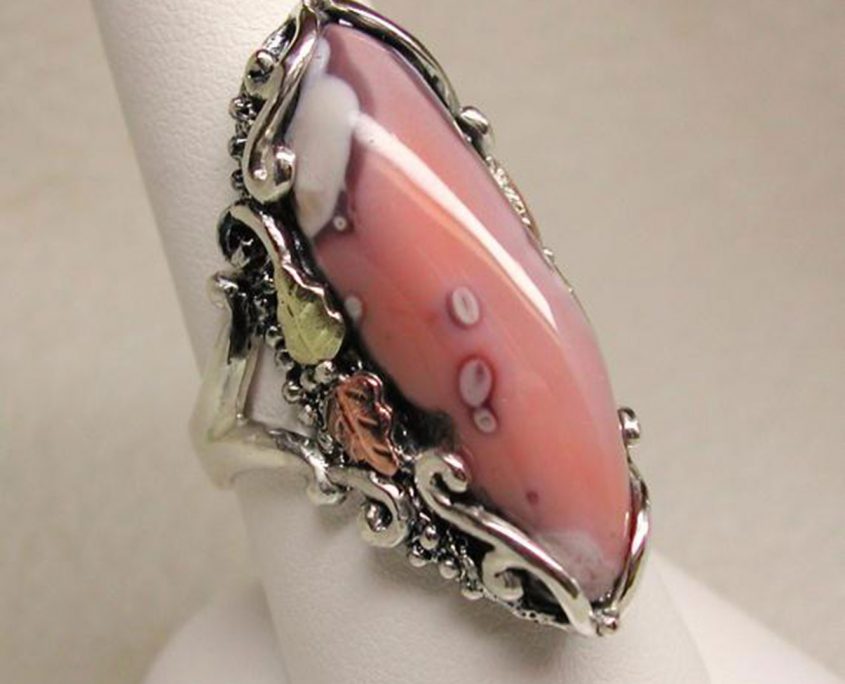